Claire pays a home visit to Tom’s patient Sandra Jones. She has just had a stroke. Sandra’s husband Neil lets Claire into the house and leaves her in the hallway whilst he gets Sandra. Neil and Sandra’s grandson watches Claire as she moves from the hallway into the kitchen.

Carol comments to Tom that he and Alex arrived at work separately this morning, he humours her but then takes up the issue with Alex. He asks her why she left the house so early, she says she had to take her dog; Max to the vets.

CAROL: You and Alex came in separately then this morning
TOM: And so?
CAROL: Things of the boil a bit?
TOM: I’m making more room in my life for you Carol, jus in case you ever wake up to your true feelings

Will arrives at work late and bad tempered – his car wouldn’t start. He is short with cleaner Maureen and tells her to leave his room. Maureen tells Carol how rude Will was to her and says she doesn’t even accept that kind of behaviour from her husband Brian.

Neil and Sandra go to see Tom at The Beeches. They tell him that they think Claire has stolen £50 from Sandra’s purse. Tom tells Will about the allegation and asks Will to deal with it as he feels he is too close to the situation because of Alex and Claire. Tom tells Will that he trusts the Jones. He has just supported their appeal to become foster parents as they were turned away for being too old. Will confronts Claire about the missing money. He says he’s not implying she stole it but says he has to get to the bottom of it as he is senior partner. Claire tells Will if the Jones think she took their money then they should report her to the police and if he and Tom think she did then they should sack her.

Tom is concerned that Sandra can’t see out of one of her eyes. He tells her she has had a mini stroke and that some clotting has formed. He wants to prescribe her some pills but explains it may take a while to obtain the right dosage for her. Tom tells them they can’t go ahead with their planned camping trip as they have to sort out the medication.

Whilst out shopping Claire sees Stuart Jones. She chases him thorough the streets until they reach a graveyard. She tells him she knows he took the money and holds him in an vicious lock until he tells her he will tell the truth about who stole the money.

Kate arrives home to find Will under the bonnet of his car. She asks him how his day was, he says he’s had better. She says maybe if he didn’t leave the house in such a bad mood he would’ve had a better day. He is quick to inform her that he wasn’t in a bad mood but she says after barely sleeping all night, waking up in a foul mood and taking it out on her she’d be surprised if anyone at work was still speaking to him. Unable to take her criticism Will snaps at her and tells her he’s going for a pint, she says ‘good’ before saying to herself ‘that’ll help’.

At the pub Shaun is rushed off his feet after both of his bar staff have called in sick. Kerri informs him that his bar staff are having an affair and have probably taken a long drive somewhere! She tells him she’ll help him out behind the bar.

Stuart tells Neil and Sandra that he took the money. They are angry and decide their holiday cant wait – they have to go now or never.

Tom lets himself into Alex’s house and makes her breakfast. He says he’s done it because she didn’t come home last night and he and Joe were waiting up for her.

Will tells Alex and Carol that Claire is off the hook as they now know Stuart took the money. Carol tells Will if he’s dishing out apologies he should save one for Maureen. Will tells Claire he is sorry for doubting her. She tells him she can’t work with people who don’t trust her. He asks if she is resigning, she says no but it would serve him right if she did. Will also apologises to Maureen and she tells him it wasn’t just him who upset her. Her husband Brian has lost his job and is acting a bit strange.

Alex tells Tom she’s sorry she didn’t thank him for breakfast. Tom asks her if everything’s ok between them. She says yes but he’s not convinced. She tells him that although they enjoy each others company it doesn’t mean they have to spend every waking hour together. She says she is not ready to be a surrogate mother to Joe and that he can’t expect that of her. Tom tells her he doesn’t expect it and tells her she is rushing things; she has jumped to the end before they’ve barely begun. Alex later goes to Toms house but turns away when she sees him cradling Joe through the window.

Will visits Brian. His house is full of animals. Brian tells Will that God spoke to him and asked him to carry on the work of Noah (the ark). Brian is later bitten by one of his lizards and goes to see Will at the surgery. Will wants Brian to see an psychiatrist but Brian doesn’t think he needs to. He also refuses Will’s offer of anti-depressants.

WILL: We are capable of convincing ourselves that life trucks along perfectly well – but it doesn’t

Tom visits the Jones. They are back from their holiday and introduce Tom to their new baby Chloe, who they have adopted from Croatia. Tom tells Will, Alex and Claire about the situation and Claire is adamant that they should tell social services. Will, Tom and Alex think they shouldn’t and Tom says Claire only wants to because the Jones accused her of stealing from them. Sandra takes Chloe to The Beeches to register and Tom is concerned that the certificates she shows him aren’t as legal as they seem. The next day the Jones’s take Chloe to The Beeches, she is very sick. Tom and Claire rush her to the hospital where they find out she has a respiratory infection. Tom tells Claire to go home, she is neither wanted or needed at the hospital.

Maureen leaves Brian and he returns to see Will. Will gives Brian a job as The Beeches gardener, he can work there twice a week.

BRIAN: I don’t want no happy pills
WILL: Fine. I think when I suggested those I was thinking about somebody else

Tom tells Will, Alex and Claire that he isn’t sure the Jones adoption is authentic. Will says they have to tell Social services. Tom asks if they can let the Jones call them themselves as it will work in their favour. Will agrees on the condition that Tom calls the social if the Jones fail too.

Tom and Alex go for a drink. He tells her he does think of them and Joe as a family and would eventually like her to play a significant part in Joes life. However he says at the moment he feels they are still getting to know each other. He says maybe one day they will have children of their own. Alex gets upset and says she doesn’t what she wants or what she can have. Tom tells her he knows her wants her. They go home.

TOM: I know I want to fall asleep beside you, wake up next to you and have breakfast with you

Claire sees Alex and Tom together and makes a phone call. As the Jones return home from the hospital they are met by social services who take baby Chloe away. Neil goes to The Beeches and tells Tom that he and Sandra could now face police charges. Tom confronts Claire and asks her if she called the social – she doesn’t deny it. He says she did it to get back at him because of ‘us’. Claire informs him there is no ‘us’.

Will watches Brian start on the gardening work and sees him happy with Maureen. Will sits at his desk and takes the anti-depressants out of his draw. He takes one. 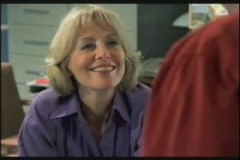 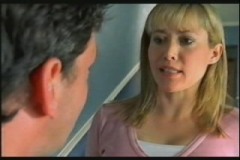 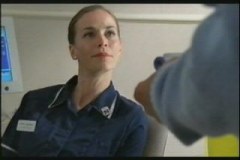 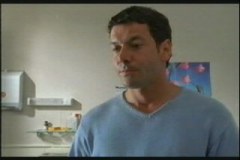 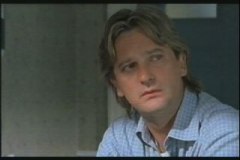 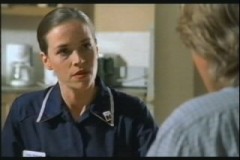 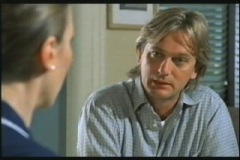 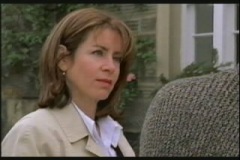 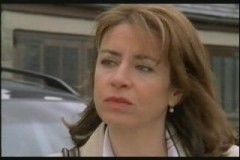 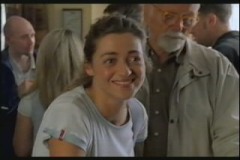 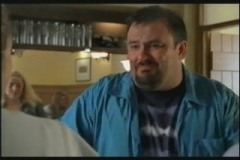 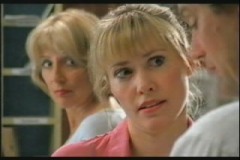 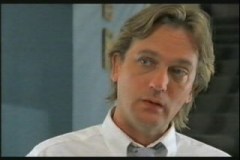 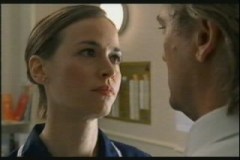 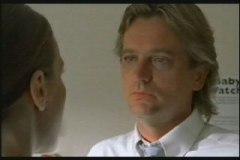 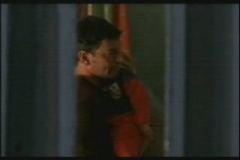 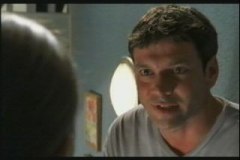 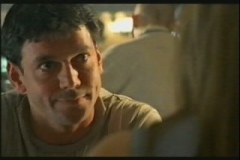 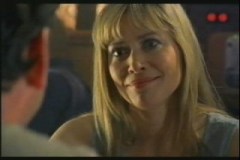 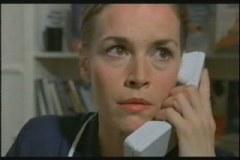 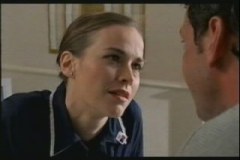 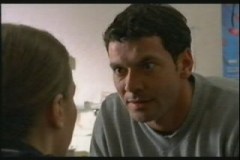 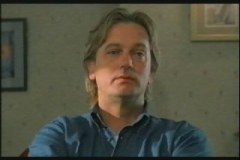