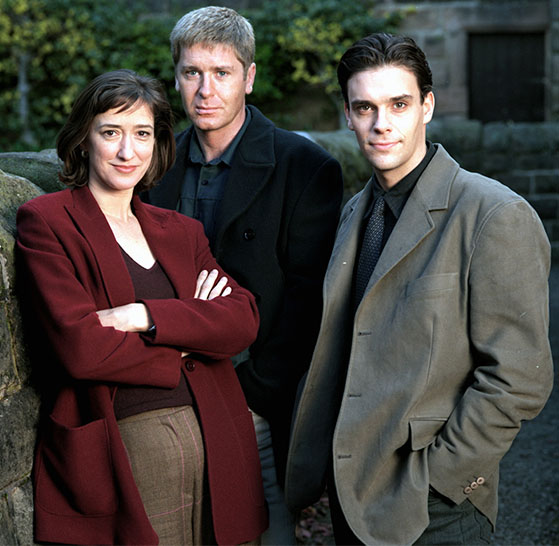 TV bosses killed me off so I can have a baby.

Peak Practice star Haydn Gwynne, who played pregnant Dr Joanna Graham in the hit series is expecting a baby in real life, she has revealed. 10 million viewers watched in horror as her character was gunned down by a farmer with a double barrelled shotgun. Since then, the show’s website has been deluged with more than 14,000 emails from fans demanding to know why the popular character was killed off.

But The Mirror can exclusively reveal it is because Haydn 39, is taking time out to have her second child, which is due in August.

In Tuesday’s episode – the last of the series – Joanna died after a desperate struggle by her medical colleagues to save her. The bullets fired by the farmer who was caught up in a vicious feud were meant for a fairground worker, but the hapless doctor was caught in the crossfire, as her onscreen lover, Tom Deneley wept it emerged that their unborn child had been saved

Haydn, who has a two year old son Orlando with partner Jason, told The Mirror she had been planning a pregnancy for some time. She said ‘I put it off when I got the Peak Practice role 18 months ago. You can never be sure how long it will take to become pregnant, but it happened quite quickly. I’m sort of hoping for a girl but I definitely won’t find out what sex is because I’d rather have the surprise. I don’t like the idea of having a scan and feeling disappointed with what it shows. I’d rather just find out the birth and be thankful to have had a healthy baby.

Whatever the sex. Haydn said ‘The decision for Joanna to have a baby was entirely coincidental. Joanna’s pregnancy was accelerated for the series, and no one knew that under the big pretend bump, there was my real small one growing. I didn’t tell people at work for weeks because I wanted to be sure. I had a threatened miscarriage with Orlando and I feel very nervous. My waistline moved very quickly, but luckily I could hide it all under the false bump.’

The filming schedules for Peak Practice are very demanding – 12 hour shoots for five or sometimes, six weeks a day, and the last run was on screen for a whopping 26 weeks. Haydn explained ‘They shoot continuously, so I knew I couldn’t stay for another series. I’d love to do some work while I’m pregnant, but it depends on whether anything comes up. Luckily, I’ve got some things lined up in the longer term, but I need to work it’s not a question of choice.

She said of her dramatic exit from the ITV drama, which returns to screens in the Autumn for a 10th series.’ It was a rather unpleasant way to go. But at least Joanna’s baby looks like he survived. By the time viewers find out whether he’s alright hopefully my own baby would have arrived.’

When Peak Practice returns, the cast will be joined by Maggie O’Neill, who recently started Ross Kemp’s wife in Hero of the Hour. She will pay Dr. Alex Redmond, an ex army surgeon.